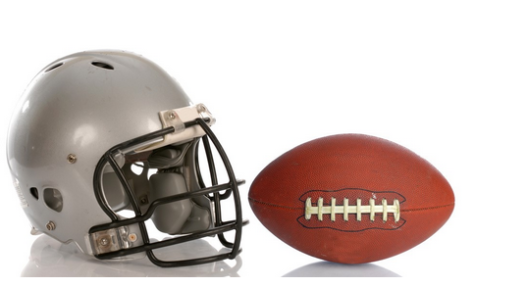 There are few fantasy football analysts that feel Matt Schaub can make a difference with the Oakland Raiders, and I am one of them. The organization will feel pressure to start second-round pick Derek Carr, and the receivers for the Raiders will once again suffer because of the inconsistency at the starting quarterback position.

I like the prospect of Carr leading the team over Schaub, however, and receiver Rod Streater would become one of the biggest benefactors of Carr running the show. Here are the numbers for Streater from his two seasons with Oakland:

What I like about these numbers is his increase in productivity. When an organization feels confident enough to give a player an increased workload and he delivers, it is a promising sign for his future. Granted, it wasn’t like the Raiders’ quarterbacks had plenty of other passing targets, but Streater proved that he is a reliable option.

With the departure of Darrius Heyward-Bey and Brandon Meyers, 185 targets from 2012 were freed up in 2013, which Streater took advantage of. Even though the Raiders attempted 110 fewer passing attempts in 2013 than the year before, the 26-year old receiver was still able to have a productive season. When Schaub started 16 games, his average passing attempts totaled 567 yards. The organization has more confidence in Schaub’s arm than it did in Terrelle Pryor‘s throwing abilities, so if Schaub can keep the starting gig, he should average between 550-570 passing attempts.

More passing attempts will mean more potential productivity from Streater, but he now has to share the ball with his new teammate James Jones. He won’t be able to replace Schaub’s favorite target Andre Johnson, but he is a physical receiver that will be a safety blanket for Schaub or Carr. With an almost certain increase in passing attempts for 2014, Jones should not hurt the value of Streater.

Streater was ranked 35th among his fellow receivers in standard scoring leagues, but he wasn’t that far off from cracking the top 20. He totaled only 66 fewer receiving yards than Larry Fitzgerald, who finished the season as the 16th-highest scoring receiver, and he had as many touchdown receptions as Torrey Smith, who ranked 19th.

So, how close was Streater to making it into the top-20 wide receivers? He was 28 points away, which means if he caught four more touchdown passes and had 40 more receiving yards, he would have tied Smith and T.Y. Hilton as the 19th-highest scoring receivers.

With an increase in passing attempts and little competition at the receiver position other than Jones, Streater should be able to find the endzone a few more times next season. His quarterback situation, however, may not be able to match those predictions. Schaub could completely struggle in the first half of the season, and that would open the door for an unproven rookie quarterback to try and insert himself into the offense. The quarterback situation will be boom or bust for the Raiders this year, and there is no in-between.

An additional side note that I like about Streater is that he is 26. The average age of the top-20 wide receivers last season was 26.6, so he is in his prime.

Luckily for fantasy players, Streater is going undrafted. He has the potential to be fantasy relevant, but the fantasy football community will unfortunately have to wait to see how things play out before he can be considered a starter. Look to either add him in the last round of your draft, or watch him like a hawk on the waiver wire. Most players aren’t hip to him yet, so make sure to use that to your advantage.