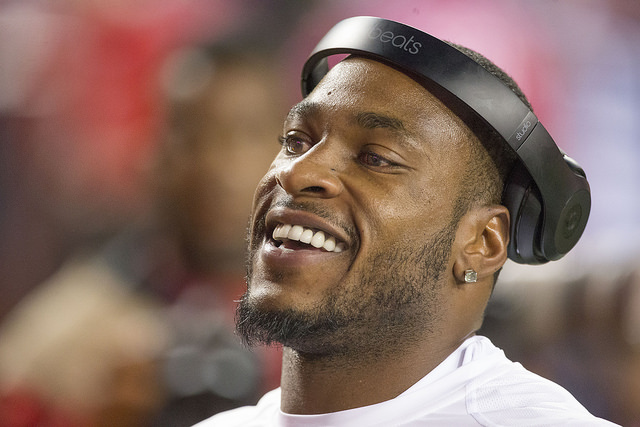 Any in-season trade is going to have huge implications – when you’re throwing around names like Percy Harvin, things don’t get much bigger.

Teams only make trades like this for one reason: To win. Not next season, not for a playoff advantage, but to put the “W” on the board. This sums up the New York Jets’ situation perfectly. Rex Ryan is in a tough spot as head coach, and he knows his job is on the line. Punching walls isn’t going to win any games, but signing an elite wide receiver will. This is a hail mary from the Jets’ brass to save the season, and save face from all those playoff promises. It could even be viewed as a move to save Ryan, but regardless of the reason, it’s do or die time in The Meadowlands.

Obviously there were issues with Harvin at Seattle. There has been speculation of locker room issues, and his injury history may play a part in his dismissal. However, on a team where it’s hard to name many other wide receivers, it is difficult to contemplate why Harvin wasn’t more of a factor on the Seattle Seahawks‘ offense.

Let’s move forward though, Seattle is the past, and the Jets are the future. What type of fantasy implications does this trade have? In my opinion, HUGE.

Harvin is going to an offense that can run the Wildcat formation, and isn’t afraid of the option. The same kind of plays were the bread and butter of Harvin’s alma mater, the University of Florida. Described by Gator fans as, “a one man offense”, Harvin made a name for himself alongside Florida great Tim Tebow. 2008 was a glory year for Florida, and Percy Harvin was a star.

Targets won’t be an issue for Harvin. Eric Decker won’t eat into targets from the triple option as he’s more of a possession receiver. It’s also very encouraging that the Jets’ running backs, Chris Ivory and Chris Johnson, are often involved in the passing game. Running Harvin as an option threat isn’t just smart, it’s dangerous. His explosive speed and impressive physique is perfect for this type of play running. Not to mention, the added threat of Harvin would do wonders opening up some running room for quarterback Geno Smith, whose legs impressed last game against the New England Patriots.

Speaking of targets, as I stated before, you don’t sign a player for future use, you plan on using him immediately. Harvin’s speed and vertical threat make him a perfect red zone target on a Jets’ team that is struggling to put points on the board. The Jets are currently ranked as the 21st worst team in the league in this regard. Expect Harvin to be used early and often.
So what does all this mean? It means that Harvin’s stock is about to blow up. He is going to a team with desperate needs that need filled. His value will see an immediate increase in PPR leagues, and he is a player many will be targeting in trades. Don’t blow the bank on acquiring him though, as this is his third NFL team, and he has a history of injuries – not to mention high profile players typically come with a high profile price tag. If you can buy low, this could be the lowest his value will reach in 2014 fantasy season.