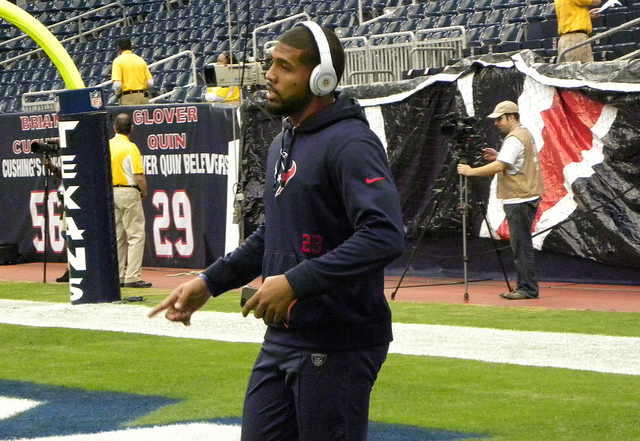 As normal, Eric of FantasyLoot.com, is here to discuss who to select and who to avoid in your daily fantasy lineups for Week 9.

This week, we’re going to go back to the format we used in Week 5 for this column. As the season progresses in weekly salary cap fantasy football, players’ prices become more true to their value. Take that, coupled with so many studs on bye this week, and there aren’t many players I want to recommend above our normal $8,000 threshold.

Now, with that said, I do believe there are a few guys that you should spend your top dollars on over the other guys priced above $8,000.

Tom Brady: $9,000 – How good has Brady been since everyone said it was time for the New England Patriots to put him out to pasture? Oh, you know he’s only thrown 14 touchdowns, 0 interceptions and averaged just over 27 fantasy points per game on FanDuel, right? I think he could outduel Peyton Manning in terms of fantasy this week, and he costs $1,000 less. I’m not going to say not to play Manning if that’s what you’re thinking, but I’ll take Brady at home and ride the hot streak.

Ben Roethlisberger: $8,000 – I’m seeing two schools of thought on Big Ben this week: One is, Roethlisberger is hot, buy, buy, buy! The other, sell high on Ben, because last week was a fluke. I’m somewhere in between, but I really like him this week. His weapons are developing and providing more help to Antonio Brown. He’s also been exceptional at home all year. He’s played eight games this year, and his four best fantasy performances were all at home, to the tune of 25.61 points per game on FanDuel. Even if you throw out last week’s epic performance, he’s still averaging over 19 points per game in his other three home contests.

Demaryius Thomas: $9,200 – 8.5… 156.5… 1.25… That’s receptions, yards, and touchdowns per game over the past four weeks, respectively. He also hasn’t had less than 9 targets in each of those four games. If we’re in the business of riding hot players, then there’s no one hotter than Thomas at the moment. New England’s secondary is stout, but Peyton Manning is throwing the ball, so he’ll find his guys. Feel comfortable spending your money on Thomas this week.

Arian Foster: $9,400 – Remember when people thought Foster may be done after a disappointing season last year before hitting the IR? No one knew how he would come back, but I don’t think anyone expected to see him like this. He’s actually outscoring DeMarco Murray on FanDuel, but costs less each week. You don’t have to worry about spending your money on Foster and not getting production.

Use these guys to anchor your lineup this week and you should be just fine. After this week, we’re headed down the home stretch of the season. It’s flying by, so take your time and put together a solid lineup each week! Best of luck in Week 9.

Want to see how you can construct a team with these plays? You can find my personal lineup for this week’s Fanduel 50/50 leagues here.

Eric is the owner of FantasyLoot.com. You can connect with him on Twitter at @FantasyLoot, or on Facebook to see all his advice for your daily fantasy football lineup.