3 Quarterbacks I Will Never Draft in Fantasy Football 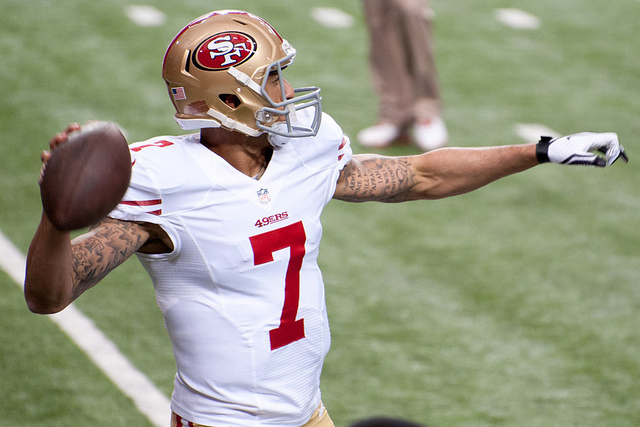 Now that we are reaching the end of the 2014 fantasy football season, I am heading towards reflection mode.

Before I start this article, I want to be very clear that this is not a piece knocking the career or talent of NFL players. These men have reached a professional platform that very few people can, and their accomplishments are nothing short of remarkable.

With that being said, some players just don’t provide fantasy football owners with the value they need. Whether that is because of age, injuries or struggling performances, there are some players I will never draft once the 2014 fantasy season reaches it’s conclusion.

Over the past three seasons, Jake Locker has made his way onto my fantasy football teams. Whether I drafted him as a backup or streamed him when I felt he had a solid matchup, I gave him too many chances to start. Sometimes refereed to as the poor man’s Andrew Luck, I liked Locker because of his rushing abilities. During his college career at the University of Washington, the 26-year old quarterback accumulated 29 rushing touchdowns and 1,939 rushing yards. Since a touchdown pass is only worth four points in most fantasy football formats, semi-mobile quarterbacks provide an extra value.

The biggest struggle for Locker has been his ability to stay healthy, and I think that has greatly effected his consistency when he does get to play. He never really was able to get into a rhythm, and Locker only played in 23 games between 2011-2013.

Whether Zach Mettenberger is the answer or not, the future does not appear to bode well for the former college star. Maybe if Locker can stay healthy or find himself a new team, things may come together, but I am not longer willing to wait for that to happen.

First off, I didn’t realize the huge fan club Matt Ryan has! When I wrote this article for Rant Sports, people rushed to tell me how they disagreed with my statements of Ryan being overvalued. From pre-draft chatter, I was scared that many fantasy players were expecting some type of top-five season from the Atlanta Falcons‘ signal caller, and thought the expectations around Ryan were too high, and could ruin many seasons. Some fantasy players thought Ryan was a steal in the sixth, seventh and eighth rounds, and thought he could have a bounce-back season with a healthy Julio Jones in the lineup.

One of the commentators on the article stated that if I would rather draft Tom Brady ahead of Ryan, than go ahead. Brady is currently the seventh-highest scoring quarterback and Ryan is the eighth, so that is currently working out :).

If I draft Ryan, I know what I am going to get. If I feel comfortable with a top-10 performance, but realize he will probably not be a top-five performer, then that’s fine. I wanted to save players expecting more from him, and ending up with a disappointing season.

For the record, I picked up Kaepernick when he first took over for Alex Smith in San Francisco, and he helped me get close to a fantasy championship, so I do have a soft spot for the guy.

I’ve stressed this point a million times though; Jim Harbaugh tried to turn Kaepernick into a game manager. I understand that mobile quarterbacks often take too many risks, and the coaching staff wants to limit the amount of hits he takes. Like I say in this article for Rant Sports as well, “The real issue to address is how the 49ers can fit the natural playmaking ability of Kaepernick into the game plan.”

This team is completely lost right now, and with the emergence of the St. Louis Rams and Arizona Cardinals’ defense, it looks like it could be a long few years for the 49ers. Even if he does limit 27-year old quarterback, there aren’t too many coaches out there who have a better track record than Harbaugh. He may rub people the wrong way, but with 41 wins from 2011-2013, the team will struggle even more than it is this season if Harbaugh leaves.

With zero rushing touchdowns, 16 passing touchdowns and 10 interceptions, there just isn’t any value right now in owning Kaepernick. Maybe he will be a value pick next year for some fantasy players, but he won’t be on my roster.

Join 1,426 other followers
Follow Your Fantasy Football Coach on WordPress.com