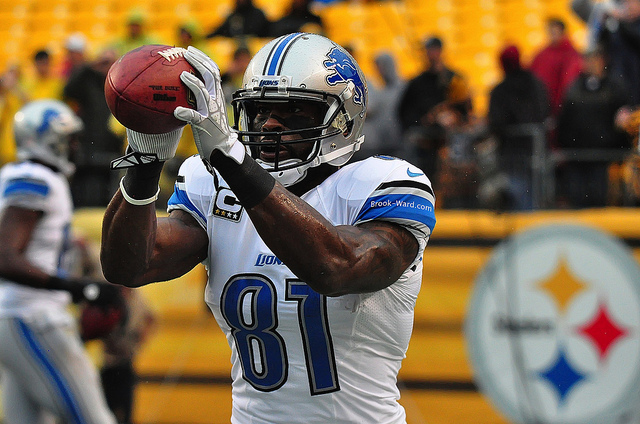 There was plenty of hype around the Zero Running Back Strategy heading into the 2014 fantasy football season, but what are the current results behind the theory?

In most drafts, LeSean McCoy, Jamaal Charles, Matt Forte, Eddie Lacy and Marshawn Lynch were the first running backs selected off of the board. How have they performed in standard scoring leagues?

Out of that group, McCoy was the safest bet to provide a nice return on his investment price. With an injury-riddled offensive line, however, he has struggled for his fantasy owners. I also didn’t think Darren Sproles would be much of a factor in the Philadelphia Eagles’ plans, but he is actually sitting as the 23rd-highest scoring running back heading into Week 10. McCoy still has a chance to land in the top 10 by the end of the season, but he certainly hasn’t produced the value fantasy owners were expecting.

Considering Charles’ performances of 2 points, 0 points and 0 points to start the season, owners should be happy with where he is currently sitting. Since Week 4, Charles has averaged 17.2 points per game, and as long as he can remain healthy, he could finish as a top-five option for the season.

Forte is currently leading all running backs in receiving yards(480), and he has held his position in 2014 as one of the best dual-threat backs in the league. Even if the Chicago Bears‘ offense is sputtering, Forte is always fed the ball on the ground or through the air.

Things were so bad at the beginning of the year for Eddie Lacy, that he was crowned as the new Trent Richardson. He has averaged 14.5 points per game since Week 5, but he also has four games on the season with five or fewer points. As a first-round pick for fantasy owners, he hasn’t lived up to his hype from last season.

Finally, Marshawn Lynch had a number of issues during the offseason which seemed to have a good chance at jeopardizing his future with the Seattle Seahawks. Much like the Seahawks like to do, Lynch proved everyone wrong with his very first performance of 110 rushing yards and two rushing touchdowns. Averaging 16.5 rushing attempts per game, Lynch has plenty of opportunities to finish the year as a top-five back.

Three running backs returned value, while two have failed to fulfill expectations. How are the first five wide receivers that were generally off the board first fairing?

Injuries have obviously played a huge role in the lack of production from Calvin Johnson, A.J. Green and Brandon Marshall. Demaryius Thomas and Dez Bryant, however, have produced for their owners. Bryant owners may see a hit in their fantasy scores if Tony Romo is sidelined, but each player sees enough targets to put in solid fantasy performances week in and week out.

It would appear that the Zero Running Back Strategy didn’t work out if you just go by the picks in the first round, but you need to look at the strategy as a whole to determine whether it was a success or not.

If you drafted Calvin Johnson in the first round, he obviously has left you disappointed. If you followed the Zero Running Back Strategy and drafted wide receivers until the fifth round, however, you currently could be the owner of a very successful team. You could have followed your first-round pick with Jordy Nelson in the second round, and Antonio Brown in the third. T.Y. Hilton could have been your fourth-round pick, and you could have followed that with Jeremy Maclin. The theory provides enough of a safety net to account for injuries, and allows you to actively find viable running back options on the waiver wire, and not be tied down to early-round picks who are not producing.