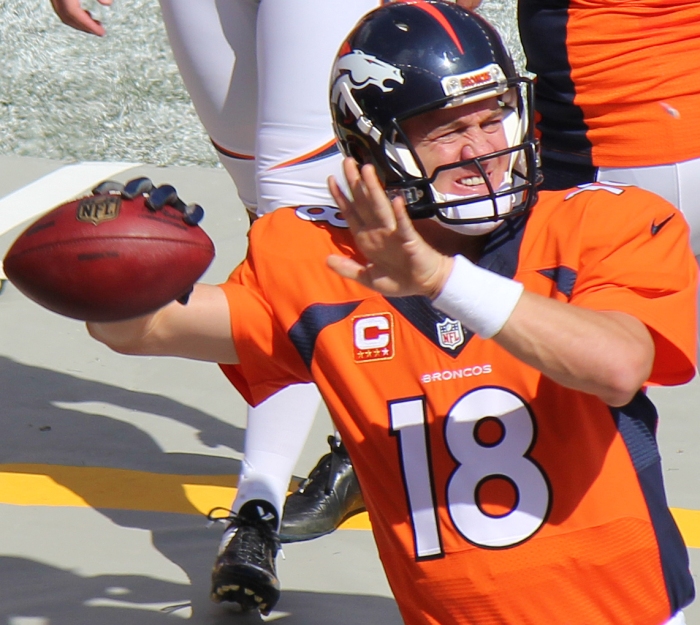 Happy 2015 fantasy football fans! Now that we all caught our breath from the 2014 season, what will the new year have in store for us?

Looking ahead, the quarterback position is filled with uncertainty. Andrew Luck and Russell Wilson made huge strides in 2014, finishing as the second and third-highest scoring quarterbacks respectively in standard scoring leagues, while Aaron Rodgers, Peyton Manning and Drew Brees all finished within the top six.

It appeared to be business as usual for Manning and the Denver Broncos through most of the season, but since Week 13, the legendary quarterback accumulated more turnovers than touchdowns, and he hasn’t quite looked the same. Before his meltdown for fantasy owners, Manning averaged 23.54 points in standard scoring leagues heading into Week 13. From Week 13 on, the 38-year old quarterback averaged 9.6 points. This will create interesting opportunities next season, as many fantasy football players will draft Manning on namesake alone even if he is in decline, and more seasoned players could see this as the beginning of the end, which could create an incredible bargain.

Ben Roethlisberger was able to finish as a top-five quarterback in 2014, as I suggested may happen in my article for RantSports. Before you rush out and draft him too early in your drafts, however, consider that Big Ben averaged 18.43 points in 2014, which is very solid. If you remove his Week 8 and Week 9 performances of 44 and 35 points, however, Roethlisberger averaged 15.42 points in 14 games. That average through 16 games would have made him the 14th-highest scoring quarterback, and placed Big Ben three points  behind Joe Flacco. The Pittsburgh Steelers‘ signal caller also had eight games of 15 or fewer points, so fantasy owners dealt with a considerable amount of inconsistency from week to week.

With a new offensive coordinator, Ryan Tannehill cracked the top ten in 2014. While this is exciting news for those in the fantasy football community who have prophesied the rise of Tannehill, his turnovers scare the crap out of me. There were only four games this season where the Miami Dolphins‘ starter did not throw an interception or lose a ball. Four. Tannehill lost 28 points because of turnovers, and if he cut that number in half, he would have scored more fantasy points than Tom Brady and Matt Ryan. I’m still going to keep an eye on him for next season, but I am still very weary.

The quarterback market will be vastly aged in 2015, with Manning turning 39, Brees turning 36 and Rodger entering the season at 31. Barring injury, I think Luck will be a top-three quarterback in 2015, but he will come with an expensive price tag. I think you should be able to land Wilson in the fourth or fifth round in most leagues, which is where I drafted Luck this season. Cam Newton is also a quarterback to keep an eye on, as injuries really seemed to hamper his performance to start the season. He finished his last three games strong, albeit it was against weaker and banged up defenses.

Out of all the rookie quarterbacks who entered the league, I like Teddy Bridgewater the best. He is an excellent student of the game, and he will spend a ton of time working on his mechanics and reviewing game tape in the offseason. That doesn’t mean he will be a stud for your team next year or should even be on your roster, but I believe he will have the best season of any of the second-year quarterbacks. The jury is still out on Blake Bortles and Derek Carr, as they each have their own challenges with playing for struggling organizations. Bortles has a ton of weapons around him, but the Jacksonville Jaguars need to find a long-term running back to help take pressure off of the signal caller. Carr is in the same position in terms of the need to have a consistent rushing attack.

The 2015 fantasy football quarterback market will be tough to navigate, to say the least. Be prepared.

Like Loading...
‹ Why Fantasy Football Still Matters After the Regular Season
A Love Affair with the Pittsburgh Steelers and Ben Tate ›

Join 1,426 other followers
Follow Your Fantasy Football Coach on WordPress.com